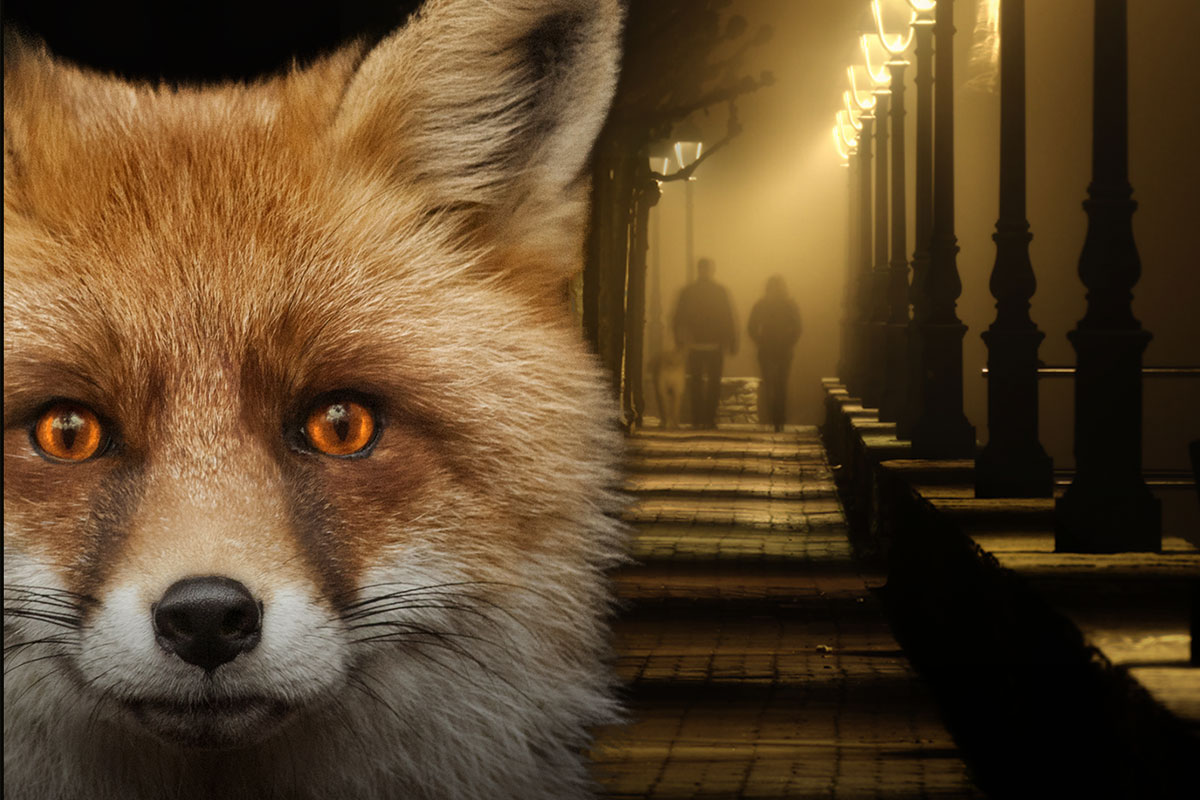 Hi Gerry, thanks so much for inviting me to your book launch last week. What a fantastic crowd. It’s always a challenge to get people to come to book launches, they sound so stuffy and I guess boring? Yet this was far from that, more of a celebration – canapés being passed around to guests and bubbly flowing all night, the mood of the crowd so upbeat.

When it came time for me to introduce you and your new book, Tales of Urban Encounters, someone said – What’s it about? I looked at the crowd, regretting I hadn’t prepared anything to say, then out flowed this: It’s a collection of short stories linked together by this fox who is sort of the narrator. But that sounded so flat and dull, so I tried again: Ok, so there’s this fox and when you start reading the book it opens with a fox in the garden, lurking around, and somehow this fox becomes the observer of the lives of the characters in each of the twelve short stories. They are what I call slice-of-life stories, based on relationships, break-ups, and loss of loved ones. It’s brilliantly structured with the fox weaving the reader through this eclectic collection. And the stories feel very real, as if they might be about someone you know, even though they’re fiction.

The opening story ‘Murky Waters’ is a fast-paced, comedic tale of Mr Peacelove who wants a budget cruise for his 50th anniversary and a travel agent who takes him into the murky and expensive waters of ‘add-ons’. Hilarious and puncturing.

‘Roundabout’ is one of my favorites, an obsessive tale of a man stalking his ex in London, unable to accept the break up. Suspenseful and dramatic, one of the most memorable lines is: “The sun resigned its brilliance to the vague domination of the mist, and his thoughts followed, overlapping, abstruse, his only anchor the muffled sound of her steps.”

‘Letting Go’ is another that stands out in my mind – a tender story about a stressed out, work-at-home Mum who snarls at her son, revealing the conflict between survival mode and motherhood, as she struggles to prioritize love over work:

“Dusty earth sticks to his sweaty legs and the back of his shorts. It’s hard to look at the garden as anything other than a long to-do list, and I fight my instinct now to deal with the dirt on Jack’s shorts, rather than his tears. When had everything in my life morphed into work?”

These are well-executed short stories with endings that surprise, written by a seasoned writer. A solid, engaging debut collection. And from what I understand, there’s more to come. Congrats Gerry, wishing you all the best with your book and looking forward to the next!